Did You Work On The Bay To Breakers Ad Campaign?


Do You Have A Small Business Consulting Rate?


What Is A "Driving Ambassador"?


What Is Virtual Reality?

In today's market, virtual reality has no clear definition. It can be a simple 2D 360 degree video, a computer generated environment in which you watch 2D content, a highly compressed 3D 360 video or a top tier 3D, no sitching immersive environment.


Was Your Name Involved With Men's Little Black Book? 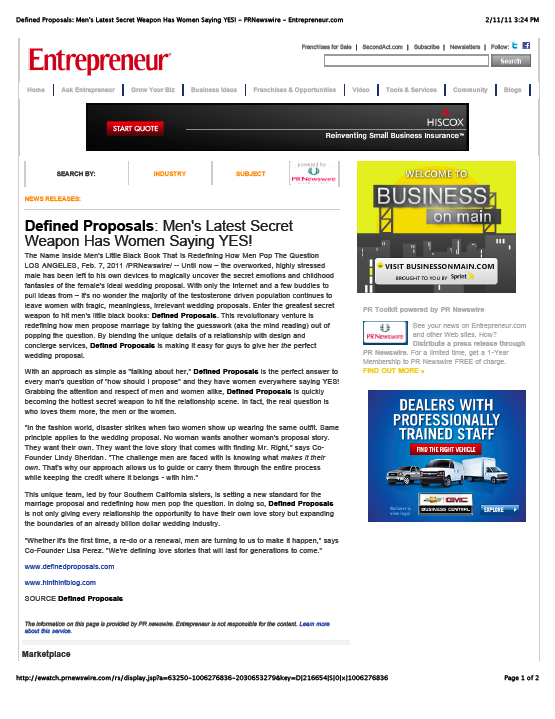 Are you a Realtor?

No but I did sell my own house in 5 days.


Were You Offered A Mercedes Benz Sales Position When Buying A Car?

My Dad was considering a Mercedes Benz so I accompanied him to the dealership with my binder in tow. Inside were the models, competitor vehicles and a breakdown of the "on the lot" vehicles we wanted to view.